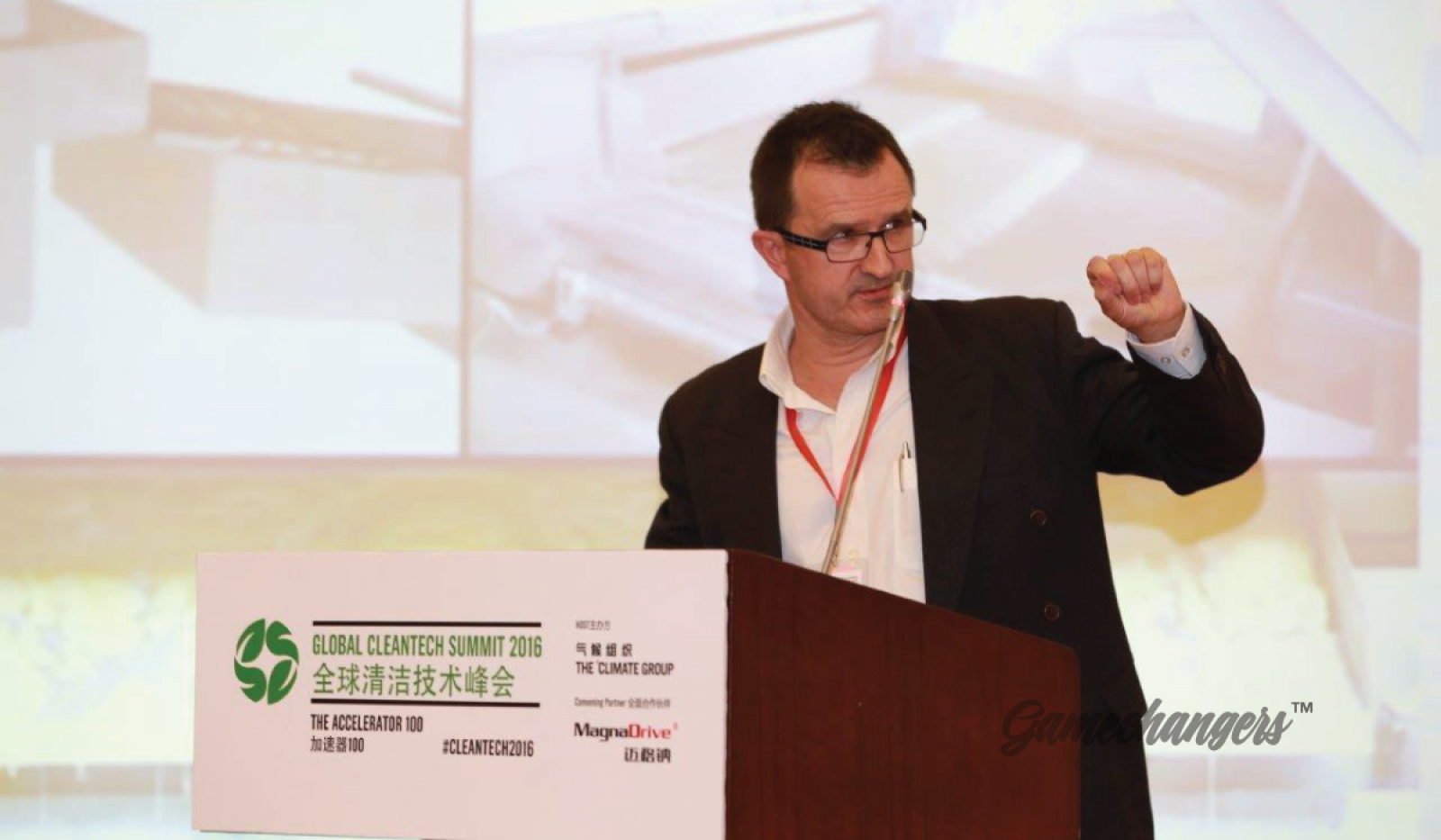 New Paradigm for Water Cycle: An End to Waste Water

Ask any traveller and it is the quality of waterways that define a country. A viewpoint only strengthened by the increasing number of fatal water outbreaks occurring around the globe, an alarming majority of which link to widespread practice of marine pollution by sewer outfall.

Water has been mismanaged by urban populations for centuries. The once-use and dispose approach is orchestrated by cities worldwide. Draining the land of fresh water and treating waterways as waste dumps adversely affects all life on earth. There is simply nothing smart about cities that pollute the very water resources we so depend upon.

The UN declared some 90% of polluted waters (1,500 billion tons every year) flow untreated into rivers, lakes, and coastal zones, threatening health, food security, and access to safe drinking and bathing water. Similarly, air pollution affects all manner of life; power generation consuming and disposing water (600 billion tons every year) at a rate of 8-litres per kWh produced. In total, some 2,100 cubic kilometres every year of once-used fresh water is disposed as pollution to ocean.

In the UK alone, there are some thirty thousand sewers that discharge waste streams into rivers and beaches. Extrapolate this same situation over 195 countries around the globe and it is not difficult to understand the enormity of the problem at hand.

Yet, the global population is generally unaware of the far reaching accumulative effects that marine outfalls have upon waterways, ecosystems and ultimately the ocean. With many advocates for such practice, who should know better, adamantly dismissing such debate as simply more food for the fish, even though increasing exposure to toxins and health impacts are topical.

The World Health Organisation (WHO) determining some 12.6 million people die every year, nearly 23% of all deaths, because of poor sanitation and an unhealthy environment due to pollution. With more than two-thirds of the global population living with severe water scarcity and food shortage, such travesty is set to worsen due to population growth and increasing industrialisation.

Climate change has already begun to compound the pollution and over fishing that has wiped out an estimated half of all fish during the last 50-years. The need to protect and preserve waterways and supporting ecosystems has clearly entered an urgent phase.

The ocean absorbs most of the heat caused by our carbon emissions, around 30% of the carbon we emit and 90% of human liquid waste, consequentially acidifying the ocean and stripping essential aquatic-oxygen that has resulted in a dead zone that now spans 10% of the entire ocean, doubling by the decade ever since the 1960s. If the current rate of marine hypoxia remains unabated then life on earth will catapult towards extinction.

For those readers who may be interested, when dissolved oxygen levels in water drop below 5.0 mg per Litre aquatic life is put under stress. The lower the concentration, the greater the stress. Oxygen levels that remain below 1-2 mg/L for a few hours can result in large fish kills, which has been evidenced on many occasions across the globe for many decades. Waste waters have oxygen depleting effects well beyond the buffering capacity of any biodiverse ecosystem, with associated potency ranging from oxygen-void waters (demanding beyond 2 to 10 mg/L, emanating from power generation) to highly oxygen-depleting waters (demanding beyond 100 to 10,000 mg/L, emanating from community and industry sewers).

Consequently, dilution has never has been a solution to wastewater pollution. Waste water in any form is toxic to waterways, yet human civilisation universally adopts marine outfalls as the ready fix to population growth and industrialisation.

This global wastewater travesty continues unabated in direct proportion with population and industrialisation because all liquid wastes continue to be licensed for discharge directly into the marine waterways for the sake of continued economic development at the expense of healthy waterways. This practice is not sustainable, and is in disastrous synchronicity with air pollution.

The UN is fully aware of such matters and has presented an overwhelming case for 17 Sustainable Development Goals (SDGs) as an essential global agenda for all countries. Of note, SDG 6 and SDG 12 target reduction in pollution and promotion of re-use but time and the effects of climate change are outpacing adoption of cleaner technology and a much-needed departure from the ineffectual centralised practices ingrained within today’s society.

While guidelines for Drinking Water are well established worldwide, surprisingly those for pollution of natural water resources are seriously limited for sake of monetary gain. It is apparent that society is caught in a paradigm of ‘Big Data’ for which acknowledgement, understanding and adaptation to global challenges seem to forever govern the path to resolution often opposing the logical approach that prevention is better than cure. Unfortunately, it is too often concluded there is far more to profit within the short-term by addressing the symptoms rather than removing the cause altogether.

The latest science confirms that the ocean’s resistance, and the stability of global climate, to urbanisation is failing. It is undeniable that quality of life and the wellbeing of our planet is aligned with water quality, so we must move swiftly to stop blending fresh-clean water with foul-dirty water. Clean water is a universal right that demands equitable and just consideration on eco-social terms to ensure continuity of life beyond current generations – and should not be limited to those who can afford it.

A new paradigm in water is necessary, and it simply revolves around changing the way we use water. If we act swiftly to protect and preserve the ocean, its diverse constituent ecosystems will rebuild provided we’re are not consistently trying to destroy them. It is time to disrupt the status quo, and perhaps the UN should consider implementing a further goal SDG18 the need to pioneer, foster, and implement change for eco-social betterment (in unfettered realisation of all 17 SDGs).

We cannot continue indefinitely to deplete land-based water reserves only to pollute streams, rivers, and the ocean. A new paradigm in water for continued prosperity requires transference from existing pipework used for disposal, to alternate pipework to supply recycled water for flushing toilets, watering gardens and farm irrigation.

A seasoned and broadly versed engineer in both water re-use and cleaner production by the name of Yuri Obst, who holds double qualifications in water treatment from the University of Adelaide, is both inventor and founder of an extremely novel filter separator technology which originated during his PhD study while also employed as a consulting engineer at the University of South Australia.

Baleen Filters (technology of same name) was established in 1999, and after a successful research and development program at the University of South Australia successfully commercialised an innovative fine-screening technology for export markets in 2004.

The Baleen filter demonstrably ends the calamity surrounding wastewater pollution by simultaneously availing water for re-use and protecting rivers and oceans from hypoxia and micro-pollutants (including micro-plastics) through sewer mining; benefiting both the natural environment and end users.

Yuri’s career path is regarded as courageous by those in the know, and he has been widely recognised by many as ‘one of the few’ who have been successful in commercialisation in taking a ‘good idea’ to market. It is no surprise that the past decade of Yuri’s career has been challenging, both emotionally and financially, propelling him through a psychological career cycle through engineer, researcher, inventor, entrepreneur, founder to chief executive of a growing SME with ever-expanding international horizons. In recent years, Yuri has showcased his company and technology throughout the world at many high tier gatherings including the G7, Climate Summit, G20 and COP22.

The Baleen filter (Baleen) centres upon biomimicry of the natural technique used by whales, based upon a combination of clearing fluid dynamics and mechanical principles to instantly separate waste constituents from any process or wastewater stream in a far more effective way than that provided by conventional sedimentation, centrifugal and flotation techniques without need of biology or chemistry.

Baleen is manufactured in Adelaide, South Australia and product design has been critically approved for use in numerous industries by several leading multi-national companies (including Coca Cola, Pepsico, Peabody, Chevron, Tyson Foods, Nestle and Fonterra to name a few). Baleen is in full time operation with more than 200 installations internationally, providing substantial cost-savings and environmental benefits to its users.

Baleen’s performance is unmatched by conventional approaches, resulting in a more concentrated sludge recovered either as value-added by-product or as feedstock for biogas, together with a lean filtrate suitable for water re-use that requires but a mere fraction of the footprint and energy of modern wastewater treatment systems.

Baleen closes the loop on Cleaner Production through a circular economy on water, irrespective of industry or application spanning waste and process water treatment, recycling, and re-use; already saving and cleaning more than a billion litres annually. But when Baleen is deployed with advanced oxidation technology (as a second, final step) problem-residuals including pesticides, pharmaceuticals and other toxins are readily reduced to satisfactory concentrations prior to water re-use.

The decision to use Baleen is a matter of simple economics – separated ‘waste’ has resale or energy value while filtered ‘water’ (containing ‘free’ trace fertiliser in the form of nitrates and phosphates) has re-use value. These deliverables highlight opportunity for a greener future in wastewater infrastructure involving circular economies at scale, with investment returns generally measured in months.

“Visualise a future in which the Earth’s natural cycles and urban economies co-exist. Marine outfalls transformed into Sewer Mining facilities with micro-plastics and other non-biodegradables (recyclables) recovered separate from energy-rich organic ‘waste’ (as carbon-negative feedstock) and nutrient-laden ‘water’ reclaimed for irrigation. That future is available now, and the core technology solution is Baleen.”

Baleen demonstrably ends the calamity surrounding marine wastewater pollution by simultaneously availing water for re-use while protecting rivers and oceans from hypoxia and micro-pollutants (including plastics) to benefit both the natural environment and future civilization.

Reclamation of ‘wastewater’ for irrigation revitalises a plethora of ecosystems providing the most influential means to cooling the planet, the Earth’s flora, in the struggle against Climate Change. Humanity has drained the land of water for far too long, it is now essential for humanity to return water to the land to quench essential ecosystems. The determinable global benefits from such a change in paradigm are profound.

It is for the abovementioned reasons that Yuri and his technology company have been awarded the following category wins for 2017;

Baleen's journey has so far resulted in a packaged, modular system incorporating ‘Waste to Energy’ and 'Ancillary Power (wind/solar)' technologies to deliver irrigation-quality water at a rate of 40 Million Litres per Day (15 Million Tons per annum) to serve a community population of 200,000. Each plant comes pre-assembled in 40-foot containers, which can be commissioned in just 28 days from delivery.